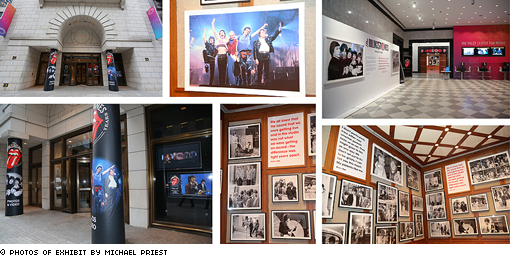 FREE for Paley Center Members; you and a guest may see the gallery at any time -OR- you may reserve 2 tickets in advance.

Included with general admission at the door:
Adults: $10; Students/Senior Citizens: $8; Children (under 14): $5

Not yet a Paley Center Member? Join us now in order to reserve your 2 free tickets in advance. 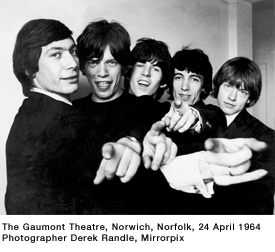 The Paley Center for Media is thrilled to be part of the fiftieth milestone celebration of The Rolling Stones, who on July 12, 1962, went on stage for the first time at the Marquee Club in London’s Oxford Street and changed music history.

This gallery exhibit—first seen at Somerset House, London, and never before exhibited in the U.S.—includes seventy rare prints including reportage, live concert and studio sessions, and outtakes, giving us an unmatched, front-row look at every period of the band’s history. 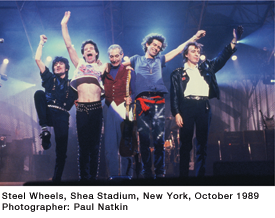 To complement the photography exhibition, the Paley Center has curated a video compilation from its wide-ranging music collection, highlighting the Stones’s most impressive appearances over five decades.

Television was essential in galvanizing the legions of the Rolling Stones fans. Because the group is much more than their dynamic music, it was the image of their iconoclastic sensibility and defiant attitude that rocked the first generation of fans and continues to speak to multigenerations since.

Merchandise for this exhibit will be available for purchase at the Paley Center Gift Shop and at rollingstones.com.

This exhibit is made possible by Bravado International Group

Not yet a Paley Center Member? Join us now in order to reserve your 2 free tickets for this limited-run exhibit, plus advance, discounted sales for our InsideMedia public programs, Members-Only events, unlimited admission to the Paley Center Media Collection, and much more.