Screenings from The Paley Center for Media Collection 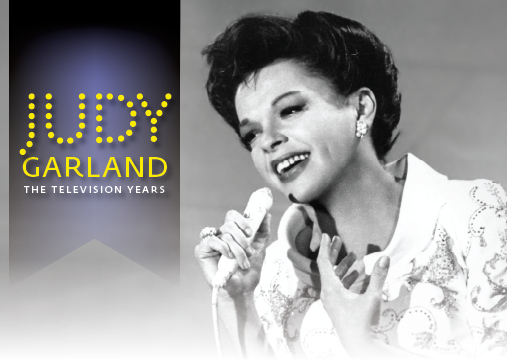 The Paley Center for Media will present the first comprehensive retrospective of Judy Garland’s career on television, celebrating some of the incomparable entertainer’s most notable, as well as most rarely seen, appearances in the medium. This series is coordinated and produced in association with the Film Society of Lincoln Center who will be screening Garland’s motion picture work July 26 to August 9, 2011.

Anytime Judy appeared on television it was a reason to rejoice, so thoroughly did she commit herself to giving her very best, so palpable was the joy she brought to entertaining. From her first television special in 1955 until her untimely death fourteen years later, she managed to leave behind an impressive number of musical performances and talk show appearances, not to mention starring in her own acclaimed variety series.

In addition to six full episodes from The Judy Garland Show, where she shares the spotlight with such entertainers as Mickey Rooney, Barbra Streisand, Ethel Merman, and Peggy Lee, the screening series will include her four specials and all extant guest appearances on such programs as The Ed Sullivan Show, The Tonight Show, The Sammy Davis Jr. Show, On Broadway Tonight, and The Jack Paar Program.

Garland historian and author John Fricke (whose latest book, Judy: A Legendary Film Career, will be released this summer) will be on hand to introduce several of the screenings.

A special thanks to John Fricke and Coyne Steven Sanders who were instrumental in making this screening series possible.