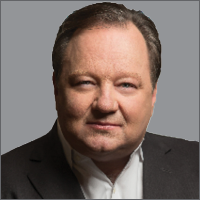 Mr. Bakish is focused on developing new content, expanding distribution of Viacom branded content and pursuing strategic growth opportunities in the company’s core businesses. He was appointed to this role in December 2016 after serving as President and CEO of Viacom International Media Networks since 2007. During this period, Mr. Bakish was responsible for more than doubling VIMN’s revenue and consistently growing its profitability, while guiding a significant international expansion of the company’s entertainment footprint.

In addition, Mr. Bakish built scale for Viacom in high value media markets, overseeing the launch of Paramount Channel – the world’s leading ad-supported movie network – and successfully acquiring large general entertainment networks including Channel 5 in the United Kingdom, Colors in India and Telefe in Argentina. Under his direction, online video consumption of VIMN’s content rapidly accelerated through the launch of Viacom Play Plex and other innovative, multi-platform products.

Prior to his leadership of VIMN, Mr. Bakish held a series of corporate, sales and development positions at Viacom, joining the company in 1997 after serving as a partner with Booz Allen & Hamilton in its Media and Entertainment practice.

Mr. Bakish has an M.B.A. from Columbia Business School and a B.S. in Operations Research from Columbia’s School of Engineering and Applied Science. He serves on the boards of both schools. 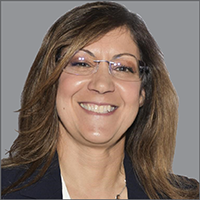 Dawn Chmielewski is a Senior Editor at Forbes, where she helps lead entertainment coverage for a brand that now reaches 71 million monthly online readers. She is an award-winning journalist who has spent more than 20 years covering business, entertainment and technology. Her work has appeared in some of the nation’s most prominent publications, including USA Today, U.S. News & World Report and the Los Angeles Times. As a senior editor at Recode, she won awards for her coverage of the devastating cyberattack on Sony Pictures Entertainment.

Media Council Members can view the live stream of this event beginning at 7:00 pm PT on Thursday, June 13.