Brian Robbins, Creator, AwesomenessTV
Brian Robbins is one of the entertainment industry's most prolific producers of television, film and digital media. Robbins is the creator of AwesomenessTV, a leading multi-platform media company serving the global teen/tween audience, which is responsible for one of the most subscribed to teen destinations on YouTube. AwesomenessTV was acquired by DreamWorks Animation in May 2013 and is now a wholly owned subsidiary that continues to operate independently. As the founder and president of Varsity Pictures, Robbins is best known for executive producing numerous popular and critical television hits aimed at teens and young audiences, including the long-running CW series Smallville and One Tree Hill, Disney Channel's Sonny With a Chance and So Random, Nickelodeon's All That and Kenan and Kel, and Spike TV's Blue Mountain State. Robbins was also the producing force behind the popular Nickelodeon series All That, WB's What I Like About You, and HBO's Arli$$. In features, Robbins has directed and/or produced films such as Disney's Wild Hogs and Shaggy Dog, Paramount's Coach Carter, DreamWorks' Norbit, Paramount's Hard Ball, Sony's Radio, Paramount's Varsity Blues, and DreamWorks's A Thousand Words. Prior to Awesomeness TV, Robbins produced and distributed the feature film FRED: The Movie, based on teenager Lucas Cruikshank's record-breaking series of FRED videos on YouTube, and also produced its sequel, Night of the Living FRED. Both films debuted to record ratings on Nickelodeon, and a third movie is underway. The web property has also spawned a new television series, FRED The Show, currently airing on Nickelodeon, which is executive produced by Robbins. Robbins won a Directors Guild Award, a Peabody Award, and has been nominated for the Emmy Award. Robbins and Varsity Pictures are represented by UTA.

Joe Davola, Co-Creater and Partner, AwesomenessTV
Joe Davola is a Co-Creator and Partner of AwesomenessTV, a leading multi-platform media company serving the global teen/tween audience, which is responsible for one of the most subscribed to teen destinations on YouTube. AwesomenessTV was acquired by DreamWorks Animation in May 2013 and is now a wholly owned subsidiary that continues to operate independently. Davola's career is defined by the development and production of hit TV programming at numerous networks. He began his career aiding in the creation of MTV, including the development of the channel's first original program, Remote Control. He joined Fox Broadcasting in 1988 to establish the Alternative Development Department where he supervised the Emmy Award-winning and critically acclaimed series In Living Color and The Ben Stiller Show along with specials like The 1989 Emmy Awards, and created The Billboard Music Awards. Davola returned to MTV as Senior Vice President of MTV Original Programming and Development in 1993, where he was responsible for the development of Singled Out, Road Rules and The Jon Stewart Show while overseeing production of The Real World, House of Style and MTV Sports. As head of MTV Production, Davola also supervised the cable channel, the home video division, MTV Films and the network/syndication division. After MTV, Davola acted as co-head of DreamWorks Television, where he established the company's programming division by producing and developing shows like Spin City and The Keenan Ivory Wayans Show. After Dreamworks, he helped Tollin/Robbins Productions develop and executive produce hit series aimed at younger audiences like The CW's Smallville, One Tree Hill, The WB's What I Like About You, and Nickelodeon's The Amanda Show and Cousin Skeeter.

Moderator: Shira Lazar, Host/Executive Producer, What's Trending
Shira Lazar is the Host and Executive Producer of the Emmy nominated live interactive daily show show and 24/7 news hub, What's Trending. She is also the Host and Creator of the talk show of YouTube, Partners Project, interviewing the biggest YouTube stars. Named one of Fast Company's 2011 Most Influential Women in Technology and Huffington Post's "Women in Tech to follow on Twitter," Shira has been the face of the biggest live-streams on the web, including The Oscars and The Grammys, among many others. Lazar is a Webby Awards Honoree and 2 time IAWTV Winner For Best Web Series Live Host. A digital trailblazer, she speaks at conferences around the world, is a regular contributor on The Huffington Post, Entrepreneur, USA Today and Inc, as well as appears frequently on networks like Bloomberg TV, CNN and Fox News Channel discussing Internet culture and digital trends. 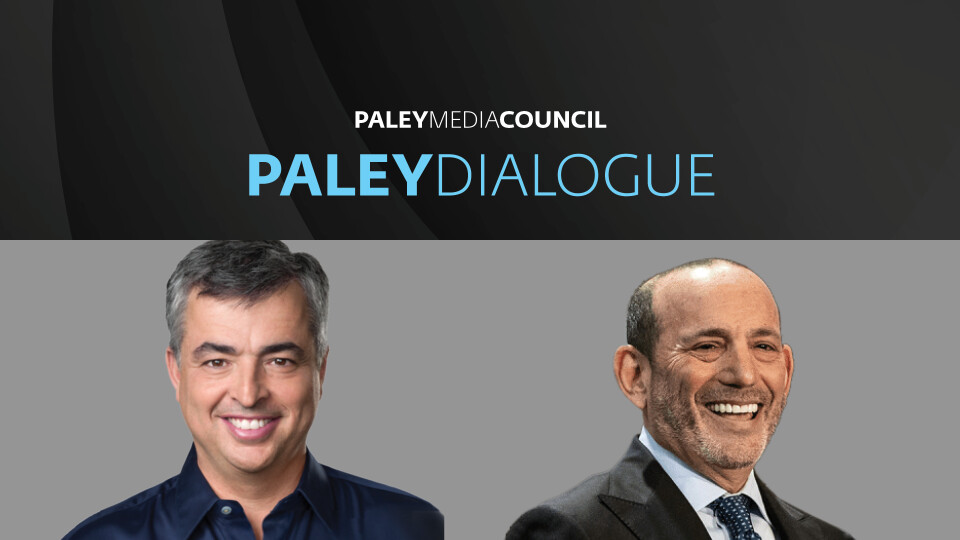