Arthur Sulzberger, Jr. was named chairman of The New York Times Company on October 16, 1997.  As the company’s senior executive, he is responsible for its long-term business strategy.  Sulzberger, who became publisher of the New York Times in 1992, continues to run the company’s flagship enterprise on a day-to-day basis. Over the past decade, he has shaped and implemented innovative print, broadcast, and online initiatives that are enabling the company to compete successfully in the twenty-first century global media marketplace.

These include:  transforming the New York Times into a national newspaper; developing a major New York Times company presence on the Internet, which now includes NYTimes.com, a top five global news and information site, Boston.com, About.com and IHT.com; and acquiring the International Herald Tribune.

During Sulzberger’s tenure as publisher, the New York Times has earned thirty-nine Pulitzer Prizes and provided its readers with innumerable examples of momentous journalism such as its breakthrough series “How Race is Lived in America,” its internationally acclaimed coverage of the September 11 terrorist attack in a “A Nation Challenged” and “Portraits of Grief,” “Class Matters,” an eleven-part series exploring class in American society, “Bush Lets U.S. Spy on Callers Without Courts,” an expose of the Bush Administration’s use of wiretaps and “China Rises,” a four-part, multimedia series.  It should also be noted that The New York Times Company has been repeatedly cited for its commitment to excellence, innovation, and social responsibility.

Before coming to the New York Times, Sulzberger was a reporter with The Raleigh Times (North Carolina) from 1974 to 1976, and a London correspondent for the Associated Press from 1976 to 1978. He joined the New York Times in 1978 as a correspondent in its Washington bureau. He moved to New York as a metro reporter in 1981 and was appointed assistant metro editor later that year.

From 1983 to 1987, Sulzberger worked in a variety of business departments, including production and corporate planning. In January 1987, he was named assistant publisher and, a year later, deputy publisher, overseeing the news and business departments. In both capacities, he was involved in planning the New York Times's automated color printing and distribution facilities in Edison, N.J., and at College Point in Queens, N.Y., as well as the creation of the six-section color newspaper.

Sulzberger played a central role in the development of the New York Times Square Business Improvement District, officially launched in January 1992, serving as the first chairman of that civic organization. He also helped found, and serves as chairman of, the New York City Outward Bound Center. Sulzberger earned a Bachelor of Arts degree in political science from Tufts University in 1974. He is also a 1985 graduate of the Harvard Business School's Program for Management Development.

Janet L. Robinson became president and chief executive officer of The New York Times Company on December 27, 2004. Robinson, the first woman to be named president and CEO of the Times Company, has primary responsibility for overseeing and coordinating all of the company's print, broadcast, and digital operations and business units.  She works closely with the chairman to chart the future direction of the company and is implementing a new, accelerated strategic timetable that focuses on leveraging the company’s core asset, quality journalism, and expanding the company’s reach across new and emerging forms of media.

This has included: guiding the transition from an era of print journalism to one in which The New York Times Company distributes news and information in an increasing array of new mediums; implementing a long range strategy that includes: developing innovative new products in print and online,  rebalancing the portfolio and implementing operational efficiency and cost reductions; supporting traditional businesses by refocusing and restructuring advertising operations at New York Times branded units and at New England properties, and integrating the New York Times’s print and digital newsrooms; pursuing an aggressive Internet expansion program that includes acquisitions and investments in such online properties as About.com, Baseline Studio Systems, Consumersearch.com, Calorie Count.com, FM Publishing, Brightcove, Daylife, and UCompareHealthCare.com; creating a research and development capability and hiring the first futurist to anticipate and benefit from changes in the marketplace; and placing a very high priority on reducing expenses and closely examining every segment of the business.  This includes improving operational efficiency by revising companywide pay practices, instituting a new goalsetting program, and introducing a host of productivity and cost reduction measures.

Previously, Robinson had served as chief operating officer and executive vice president since February 2004.  From February 2001 until January 2004, she served as senior vice president, newspaper operations for The New York Times Company.  In this role, she led the operations of all of the company’s newspaper properties, which includes the New York Times, the Boston Globe, the International Herald Tribune, and the regional newspapers.  She also held the position of president and general manager of the New York Times newspaper from 1996 until 2004.  Robinson was elected a director of the company in December 2004. Robinson has spearheaded the national expansion strategy and the integration of the Times Company’s newspaper properties, which has, in turn, generated significant growth in revenue and earnings for the company, allowing for great improvement in editorial content, reinvestment in company businesses, and enhanced value for shareholders.

Robinson was also the advertising director of Tennis magazine from September 1987 until August 1990 and national resort and travel manager of Golf Digest/Tennis since May 1985.  She joined The New York Times Company in June 1983 as an account executive at Tennis magazine.  Before joining the Times Company, Robinson was a public school teacher in Newport, R.I., and Somerset, Mass.

Robinson is vice chair of the board of the Liberty Science Center and serves on the boards of the Newspaper Association of America and the presidential board of trustees of Salve Regina University.  She also serves on the board of New England Sports Ventures.  In 2008, she joined the advisory board for New York Women in Communications (NYWICI).  She was the chair of the Advertising Council from 2004 until 2005, and served as chairwoman of the board of directors of the American Advertising Federation from 1999 until 2000.  Robinson is also a member of the leadership committee for The Lincoln Center Consolidated Corporate Fund and a trustee of the Carnegie Corporation of New York, where she is chairman of the planning and finance committee and a member of the investment committee.

Robinson received a 2009 National Association of Female Executives (NAFE) Women of Excellence award and a 2009 CEO Diversity Leadership Award from Diversity Best Practices, and she was named to the list of “Women Worth Watching in 2010” for Profiles in Diversity Journal.  She has received the Association for Women in Communications, Inc., Matrix Award in April 1998, given to women who have distinguished themselves in the communications field for exceptional achievement, in this case, in the area of newspapers.  In February 1997, she was named by Advertising Age as one of “25 Women to Watch” among the most prominent women in advertising, marketing, and media. 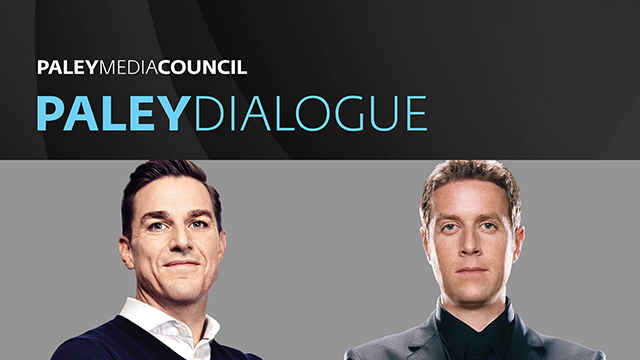 A Conversation with Andrew Wilson, CEO of Electronic Arts