Retired four-star General Keith Alexander, the longest-serving head of the National Security Agency and first Commander of U.S. Cyber Command, will talk about the challenges of protecting business and personal information in an age of advanced cyber threats.

More information to be announced. 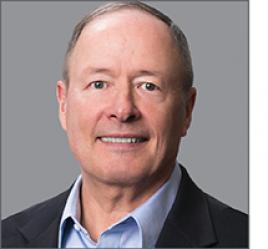 At IronNet Cybersecurity, as the CEO and President, General (Ret) Keith Alexander provides strategic vision to  corporate leaders on cybersecurity issues through development of cutting-edge technology, consulting and education/training. He is reinventing how industries mitigate cybersecurity threats with IronDefense, a patented solution designed to detect and alert on anomalous enterprise network behaviors through fine-tuned analytics. His goal is to bridge communication systems between private and government sectors to create the next level of intelligence sharing and protect the nation against cyber threats on a global stage.  General Alexander is a four-star general with an impressive 40-year military career, culminating in role of the Director of the National Security Agency (NSA) and Chief of the Central Security Service (CSS) from 2005-2014. He holds the distinction of serving in this role longer than any other director. While serving as the NSA Director, he was appointed by Congress to be the first Commander to lead the U.S. Cyber Command (USCYBERCOM). He held this role from 2010-2014, establishing and defining how our nation is protected against cyber attacks.

As Commander, USCYBERCOM, General Alexander was responsible for planning, coordinating and conducting operations, and defending Department of Defense (DoD) computer networks—as well as the defense of the nation—from cyber threats. As the Director of NSA, he was responsible for national foreign intelligence requirements, military combat support, and the protection of U.S. national security information systems. Prior to leading USCYBERCOM and the NSA/CSS General Alexander served as the Deputy Chief of Staff, Intelligence, Department of the Army; Commanding General of the U.S. Army Intelligence and Security Command at Fort Belvoir, VA; and the Director of Intelligence, United States Central Command, MacDill Air Force Base, FL., and the Deputy Director for Requirements, Capabilities, Assessments and Doctrine, J-2, on the Joint Chiefs of Staff.

Serving as a member of the President’s Commission on Enhancing National Cybersecurity, General Alexander developed key recommendations to create a defensible national cyber architecture to protect national security by promoting rapid innovation and close public-private collaboration while preserving privacy and civil liberties. General Alexander is the recipient of the 2016 United States Military Academy (USMA) Distinguished Graduate Award. He holds a BS from the U.S. Military Academy, as well an MS in Business Administration from Boston University; an MS in Systems Technology and an MS in Physics from the Naval Post Graduate School; and an MS in National Security Strategy from the National Defense University. 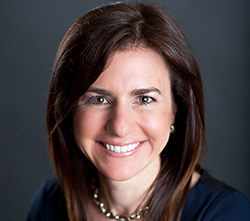 Kiersten Todt is currently the President and Managing Partner of Liberty Group Ventures, LLC (LGV).  She develops risk and crisis management solutions for cybersecurity, infrastructure, homeland security, emergency management, and higher education clients in the public, private, and non-profit sectors.  Ms. Todt advises senior executives and Boards on cyber risk management, including the development and execution of tabletop exercises and relevant senior-level education and training programs.  She also provides strategic advice and counsel to senior leaders in industry and government.

Ms. Todt is the Non-Resident Scholar in Washington, DC at the University of Pittsburgh Institute for Cyber Law, Policy, and Security and serves on the Governor’s Homeland Security Advisory Board for the State of Rhode Island.  She also serves as the Managing Director of the Cyber Readiness Institute, which is co-chaired by Samuel J. Palmisano, Ajay Banga, Satya Nadella, and Penny Pritzker.

She most recently served as the Executive Director of the Presidential Commission on Enhancing National Cybersecurity.  The Commission was established by Executive Order 13718 in February 2016 and delivered its report on cybersecurity and the digital economy to President Obama on December 1, 2016.  In this capacity, she was responsible for convening six public Commission meetings and leading the twelve commissioners, who are leaders from industry, government, academia, and law enforcement, to develop a consensus document of cybersecurity recommendations for the incoming Administration.

Prior to this role, she was the President and Managing Partner of Liberty Group Ventures, LLC (LGV).  She was a member of the team supporting the National Institute of Standards and Technology (NIST) in the development of the Voluntary Cybersecurity Framework called for in President Obama’s 2013 Executive Order 13636 on cybersecurity.  She has served in senior positions in both the executive and legislative branches of government.  Ms. Todt has commented on homeland security, cybersecurity, and sport security issues in multiple media outlets, including NBC, NPR, Bloomberg, and The Wall Street Journal.  Her work on crisis management and sport security has been published in relevant journals.

Prior to LGV, Ms. Todt was a partner at Good Harbor Consulting and was responsible for building and managing the company’s North America crisis management practice.  Clients included states and localities, large corporations, maritime entities, and college and university systems.  Before joining Good Harbor, she worked for Business Executives for National Security (BENS) and was responsible for integrating the private sector into state and local emergency management capabilities; she also developed and executed federal and regional port and cybersecurity projects and contributed to the creation of federal maritime security policy.  Prior to BENS, she was a consultant for Sandia National Laboratories and worked with the California Governor's Office to develop the homeland security preparedness plan for the Bay Area. Ms. Todt was an adjunct lecturer at Stanford University.

Ms. Todt served as a Professional Staff Member on the U.S. Senate Committee on Homeland Security and Governmental Affairs.  She worked for the Committee Chairman, Senator Joseph Lieberman, and was responsible for drafting the cybersecurity, infrastructure protection, emergency preparedness, bioterror, and science and technology directorates of the legislation that created the Department of Homeland Security.

Before working in the Senate, Ms. Todt served in the Office of the Vice President on domestic policy issues and was responsible for coordinating federal resources with locally-defined needs, specifically focusing on energy and housing issues. She was also the senior advisor on demand-reduction issues to Director Barry. R. McCaffrey at the White House Office of National Drug Control Policy (ONDCP).

Ms. Todt graduated from Princeton University, with a degree in public policy from The Woodrow Wilson School of Public and International Affairs. She holds a master's degree in Public Policy from the John F. Kennedy School of Government at Harvard University and was selected to be a Presidential Management Fellow in 1999.

Media Council Members can livestream this event at 1:00 pm EST on Monday, December 11.