A Conversation with Michael Kassan and Brian Cooley: Predicting Trends 2018

The intersection of media, entertainment, marketing, and technology has become the world’s most frenetic junction with more than $800 billion changing hands each year. All are vying for the most elusive commodity on the planet: people’s attention. Navigating this constantly morphing landscape requires agility and an ability to forecast what’s next.

The Paley Center for Media has invited those looking ahead to discuss the next twelve months of media, entertainment, marketing, and technology, forecasting the most transformative advancements and disruptive trends to reveal the pivotal changes that will define 2018. 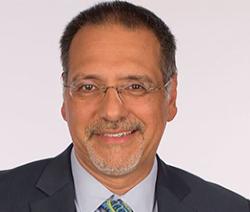 Brian Cooley is Editor at large at CNET, charged with following the major consumer technology trends that underlie today’s digital lifestyle revolution.  He has his finger on the pulse of CNET’s 47 million unique monthly users and maintains a real world perspective on what they want.

He has been with CNET since 1995, integrally involved with its forays in streaming radio, automotive technology and video shows.

Prior to joining CNET he was a morning drive radio personality for 13 years in L.A. and S.F. and was born & raised in Silicon Valley.

Media Council Members can livestream this event at 12:00 pm EST on Tuesday, December 5.