Program: 7:00 pm
BET’s dynamic Executive Vice President and Head of Programming, Connie Orlando, joins us in conversation about her strategies for success at the powerhouse network which has recently announced an ambitious slate of original programs, including the much talked about adaptation of The First Wives Club, a new Soul Train–inspired drama series, and projects from Halle Berry, Lena Waithe, and more. 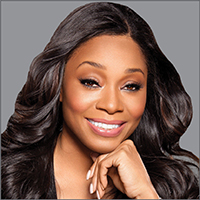 Ms. Orlando is Executive Producer of all tentpole events, including the BET Awards, the #1 program in cable television history among AA viewers and a top 10 awards show on television amongst total viewers.

Prior to joining BET Networks, the Syracuse University graduate ran her own full service production company, CMO Productions, Inc. While running CMO, Orlando served as Executive Producer of award-winning director Hype Williams’ Big Dog Films. Among CMO’s crowning triumphs was a partnership with music icon and businessman Jay-Z to produce the first of its kind, direct-to-video movie soundtrack The Streets Is Watching.

Outside of work, Orlando is passionate about advocating for and providing support to women and children in need, so in 1998 she launched a non-profit foundation, ‘Just The Girls’. She also serves on the Advisory Board for Clark Atlanta University’s TV department as the Programming Committee Chair. Orlando accolades include NAMIC’s “Top 40 Under 40”. Her work has earned her nine NAACP Image Awards (“The Mo’Nique Show” 2010, “Sunday Best” 2011, “Black Girls Rock!” 2012/2013/2014/2016, “The Game” 2012, "Ali: The People’s Champ" 2015, and Love & Happiness: an Obama celebration 2016), and five NAMIC Vision Awards (“Black Girls Rock!”). 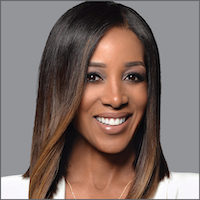 She has won the respect and admiration of millions of daily television viewers throughout her career, including her work as co-host of the entertainment news show, Access Hollywood. Shaun has interviewed Hollywood’s biggest stars and covered the red carpets and hosted the official pre-shows for the Academy Awards, Golden Globes, Emmy’s and Grammy’s, in addition to hosting NBC’s coverage of the annual Tournament of Roses Parade.

Coming from a strong background in television news, Shaun has contributed reports to NBC Nightly News, Today Show, MSNBC and CNN. She has served as a guest host on The View, HLN’s Joy Behar Show and been featured as a panelist on Larry King Live, Piers Morgan Tonight and Dr. Drew. Shaun has also served as host for programs on Lifetime, TLC and BET networks and was a guest host on Who Wants to be a Millionaire?.

Among her awards, Shaun won an Emmy for her live coverage of A Grand Night in Harlem for the Black Sports and Entertainment Hall of Fame. She received a distinguished Gracie Award for her work on BET Takes Hollywood profiling the history of African Americans and the Oscars. Shaun captivated audiences as the premiere host of TV One Access, for which she received the Outstanding Coverage of Race & Ethnicity Award from Columbia University. The Ford Foundation has honored Shaun for her special on Missing in the Media which focused on the lack of media coverage surrounding missing women of color. Shaun has also received prestigious awards from the Associated Press and American Women in Radio and Television.

Prioritizing her goal of being a positive role model, Shaun recently announced the creation of her own nonprofit to help empower girls and young women. The S.H.A.U.N. Foundation for Girls supports small, grassroots charities that are doing work in five key areas of girls issues: (S)TEM, (H)EALTH, (A)RTS, (U)NITY and (N)EIGHBORHOODS. Shaun and her foundation were recently featured on the CBS show, Hidden Heroes.

The issue of girls and self-esteem has been a lifelong passion for Shaun. As an author, her first book, Exactly As I Am: Celebrated Women Share Candid Advice with Today’s Girls on What it Takes to Believe in Yourself (Ballantine), put together the collective wisdom of both superstar women and everyday teenagers. Shaun was honored with an invitation from the U.S. Ambassador to the Bahamas to speak to the commonwealth’s girls about her book. Shaun was also honored with DOVE’S first Real Beauty Award as a role model who is helping girls feel more comfortable in their own skin.

Shaun currently sits on the advisory board of Girl Up - the United Nation’s Foundation’s adolescent girl campaign. She served on the national board of Girls, Inc. and was awarded the  Inspiring Woman Award by the Los Angeles Sparks. Shaun created One Girl, One Voice: A Million Ways to Make a Difference - the social media movement calling for one million socially responsible girls to pledge to use their voices for positive change in the world through volunteering. Because of her commitment to the cause, Shaun was recently invited to join Women Moving Millions. Each member in this global philanthropic community has pledged to give at least one million dollars to initiatives promoting gender equality across the globe.

Shaun also served as the spokesperson for the Los Angeles County Share Your Heart, Share Your Home foster care and adoption program and worked with the national literacy organization, Jumpstart. She also served at the official spokesperson for the Heart Rhythm Society’s Arrest the Risk campaign, focusing on African Americans and heart disease. Her HRS PSA was honored with the Spirit of the Heart Award by the National Association of Black Cardiologists.

Prior to coming to Hollywood, Shaun was an anchor/reporter in Miami where she anchored coverage of Hurricane Georges which devastated the Florida Keys. She also anchored in Austin, Texas where she reported from the notorious Texas State Penitentiary in Huntsville interviewing prisoners on death row. Prior to that, Shaun was an anchor, health reporter and talk show host at the ABC affiliate in Milwaukee and was an anchor/reporter at the CBS affiliate in Flint, Michigan. Shaun began her TV career in her hometown of Detroit, Michigan working as a reporter, anchor and talk show host.

Shaun currently resides in Los Angeles and is a graduate of Spelman College in Atlanta.

Media Council Members can view the livestream this event at 7:00 pm PT on Thursday, February 21. 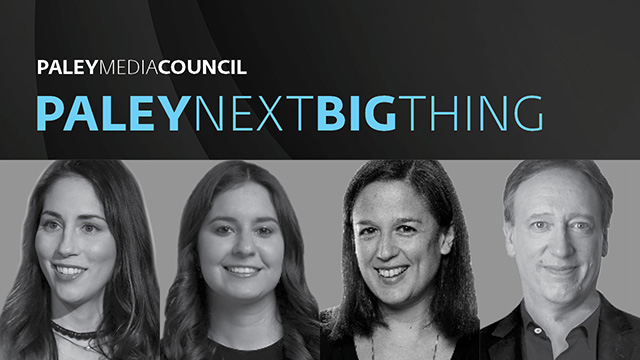