The intersection of media, entertainment, marketing, and technology has become the world’s most frenetic junction with more than $800 billion changing hands each year as companies seek to master the new innovations. All are vying for the most elusive commodity on the planet: people’s attention. Navigating this constantly morphing landscape requires agility and an ability to intuit what’s next.

The Paley Center for Media has invited those looking ahead to discuss the most transformative advancements and disruptive trends to reveal the pivotal changes that will define 2019—particularly timely as the industry gears up for its annual pilgrimage to CES.

Bill is a Partner in EY’s Media and Entertainment practice, utilizing more than 25 years of finance and operational transformation and related advisory services across a broad set of industries. He is currently EY's Northeast Technology, Media & Entertainment, and Telecommunications Advisory Leader.

Bill’s unique combination of media industry experience, global finance and ERP transformation with large, complex project leadership has positioned him as one of the leaders in his field. Throughout his career, he has led both domestic and international transformation programs. 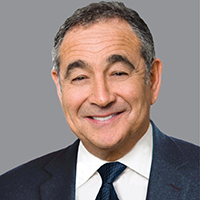 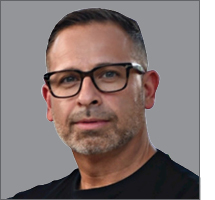 A modern CEO energized by breaking traditions in an industry that is at an inflection point. Paul is focused on building Havas Creative North America into the most meaningful partner to the modern CMO and energizing the Vivendi x Havas network. He leads the three core-creative networks with over 1,000 creative people at Havas, Arnold, The Annex and key specialty networks in North America.

Before taking on the North America Creative CEO role, and as a creative leader with a digital/data core, Paul’s first mission at Havas was to lead the first-party data/CRM practice in North America, helia. He then transitioned the CEO role to help transform the Havas Chicago creative agency, a project that became an inspiration for the Havas Village concept globally. He also co-founded the global culture and entertainment network of Havas x Vivendi, The Annex which is currently in five cities around the world and expanding to work with global brands such as Adidas, Coca-Cola and L’Oreal.

Prior to Havas, he spent seven years leading two North American regions for the Accenture Interactive agency Wirestone. While there he was focused on creative/business model innovation and digital transformation assignments for global brands such as HP, Motorola, Nike, Boeing and Conagra.

Paul is experienced at transformations, from traditional to digital, from flat to growing, from boring to exciting and is always determined to create new value. Each career stop has had a unique focus on an important moment in the company’s evolution and required leadership to elevate the company to the next level.

He is passionate about giving back and helping at-risk kids. His efforts are focused on lifting up under-resourced Chicago youth through his influence on boards at the Inner-City Education Program (a Chicago Blackhawks charity) and Off The Street Club on Chicago’s West Side.

When not in a conference room or airport, Paul can be found on the ice playing hockey. 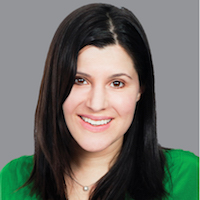 Rachel Pasqua leads corporate and product marketing, as well as creative, for Verve. An 18-year veteran of the mobile industry, she joins Verve from GroupM where she led digital and emerging tech strategy for MEC and Metavision. Prior to GroupM, Rachel held innovation-focused roles at Hearst’s iCrossing and Omnicom’s Organic as well as at numerous early stage mobile and digital ad tech startups. A well-known thought leader in the mobile industry, she has presented at SXSW, CES, Digiday, Mobile Media Summit, The MMA, OMMA, and Street Fight to name but a few, has judged many competitions including The Smarties and the 2010 Communication Arts Interactive Design Annual, is co-author of the book Mobile Marketing: An Hour a Day (12.2012, John Wiley & Sons) and a frequent contributor to trade industry publications. 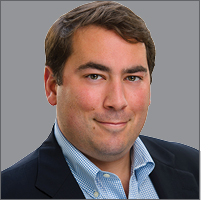 As Managing Director, JC Uva leads MediaLink’s investor strategy specialty. His experience spans corporate and digital strategy, media sales, and finance. In this role, JC advises financial and strategic clients on understanding the ongoing state of disruption across Madison Avenue, Silicon Valley and Hollywood. He’s counseled investors such as Providence Equity, TPG Capital, Silver Lake, and Searchlight Capital, among others, on some of the most important transactions in the media space in recent years.

JC’s unique blend of experience has allowed him to help investors navigate nuanced businesses and evaluate critical investment factors, from business strategy and market positioning to organizational structure to talent and technology capabilities. In this capacity, JC works not only with investors, but also with C-suite stakeholders driving the future of media.

Prior to joining MediaLink in 2012, JC spent several years as an investment banker at Moelis & Company and began his career working in television and digital ad sales at CNN. He graduated from the School of Foreign Services at Georgetown and received his MBA at NYU Stern. 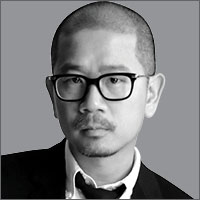 As the Executive Vice President, Global Creative Director at WGSN, Francis sits at the intersection of product, technology, marketing, sales and content. He is also responsible for the brand design and visual representation of the company's identity. Francis is based in New York Head Office, he oversees the global design teams and the international localization teams. He sets the creative direction and contributes to the development of new products, user experience/user interface (UX/UI) design and services.

Francis' began his career as a lecturer in IT, Education and change management. After moving to New York, he tapped into his creative side, looking at how to use creativity and branding to implement change throughout organizations. After serving as an Art Director in advertising, he accepted a job at then start-up Stylesight. As part of the key team at Stylesight, he helped build one of the largest B2B services for the Fashion industry, before it's acquisition by WGSN.

In 2016, Francis was recognized and featured as one of the honorees in the Mandarin Leader magazine. He was also guest speaker in many academic and design organizations events including Fashion Institute of Technology, Parsons School of design, Soho House and the WGSN Futures Summit. 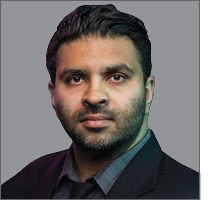 Nilay Patel is Editor-in-Chief and co-founder of The Verge, the technology and culture network from Vox Media. Prior to The Verge, Nilay spent four years as Managing Editor of Engadget, where he drew upon his background as a lawyer to report and explain complex legal situations in everyday terminology — a niche that led to SAYMedia naming Nilay one of 10 "voices that matter" in technology journalism. Nilay has appeared on CNBC, NBC Nightly News, MSNBC, CNN, CNN International, NPR, Fox News, Sky News, NHK, G4TV, TWiT, and other networks. He received an AB in Political Science from the University of Chicago in 2003 and his J.D. from the University of Wisconsin Law School in 2006.