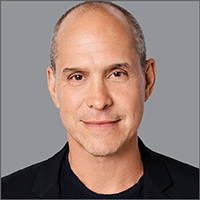 Brian Robbins is President of Kids & Family Entertainment for ViacomCBS, with oversight of all strategy, creative and business operations for the company’s kids and young-adult focused brands including Nickelodeon, Nick at Nite, Nick Jr., TeenNick, Nicktoons, Nickelodeon Studios and Awesomeness. He also has purview over The Nick Experience, Nickelodeon’s experiential division which includes live shows, as well as Nick’s domestic consumer products business. Robbins will share how the network’s animation slate ladders up to an overall strategy, as well as what’s next for Nickelodeon.

Robbins most recently served as President of Nickelodeon, responsible for evolving the global brand leader in kids and family entertainment for a new generation of young audiences by enhancing its robust content offerings and expanding its cultural footprint on next-generation platforms and in film.

Prior to that, Robbins was President of Paramount Players, a production division of Paramount Pictures that develops, produces and markets feature films from original source material and in collaboration with Viacom flagship brands Nickelodeon, MTV, Comedy Central and BET.

Projects led by Robbins under the Paramount Players division include: Nobody’s Fool, directed by Tyler Perry and starring Tiffany Haddish; What Men Want directed by Adam Shankman and starring Taraji P. Henson; the adaptation of Trevor Noah’s autobiography Born a Crime; and film versions of classic Nickelodeon shows Rugrats and Dora the Explorer, among others.

A prolific producer of television, film and digital media, Robbins is best known for executive producing numerous popular and critical television hits aimed at teens and young audiences, including the long-running CW series Smallville and One Tree Hill; Nickelodeon’s All That and Kenan and Kel; Disney Channel’s Sonny With a Chance and So Random; and Spike TV’s Blue Mountain State.  He also produced the popular WB series What I Like About You and HBO’s Arli$$.

In feature film, his director and producer credits include Paramount Pictures’ Coach Carter, Hardball, Varsity Blues and Good Burger; Disney’s Wild Hogs and Shaggy Dog; DreamWorks’ A Thousand Words; and Sony’s Radio, along with many other works.

Robbins is the recipient of a Directors Guild Award, a Peabody Award, and the Pioneer Prize by the International Academy of Television Arts and Sciences. He is based in Los Angeles, CA. 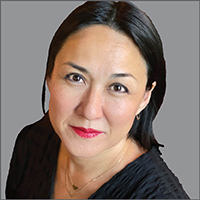 Ramsey Naito is President of Nickelodeon Animation. In this position, Naito oversees the network’s animation content across all formats and platforms--spanning linear, digital, TV movies, theatrical motion pictures and SVOD. Formerly Executive Vice President of Animation Production and Development for the Nickelodeon Group, Oscar®-nominated producer Naito joined Nickelodeon in 2018 and has since overseen a renaissance at the studio of animation content and production in scale and creativity.

To continue growing Nickelodeon’s animation business beyond linear, in 2019, Naito oversaw the network’s multi-year output deal with Netflix to produce original animated feature films and television series, based both on the Nickelodeon library of characters as well as all-new IP for kids and families globally. This deal marked an expansion of the existing relationship between the companies, which has already brought several popular titles to Netflix, including animated specials Rocko's Modern Life: Static Cling and Invader Zim: Enter the Florpus, and specials based on The Loud House and Rise of the Teenage Mutant Ninja Turtles.

Building an inclusive and diverse culture at the animation studio and developing emerging and homegrown talent has been a strong point in Naito’s mission throughout her time at Nickelodeon. Naito has brought in more than 500 new employees across dozens of animation productions, and since employees began working remotely in March, over 150 new positions have been filled with studio productions operating virtually at 100%. Nickelodeon currently has over 40 animated shows in production across series, its studio business and movies, and is pacing to nearly double its production slate by end of 2020. Under Naito’s leadership, Nickelodeon also held its first-ever virtual job fair this year, garnering nearly 6000 attendees globally, exemplifying a commitment to hire inclusively and to reflect authenticity and diversity in storytelling.

Prior to Nickelodeon, Naito oversaw production on Paramount Pictures’ upcoming theatrical Sponge on the Run, slated to debut on CBS All Access early 2021. Naito produced DreamWorks Animation’s Oscar®-nominated feature, The Boss Baby, while also earning her a PGA nomination for Outstanding Producer of Animated Theatrical Motion Pictures. Prior to DreamWorks Animation, Ramsey worked as a producer for Blue Sky Studios, at Cartoon Network as Head of Movies and at Nickelodeon Movies as Vice President of Development & Production. Her executive and producer credits include: Scooby-Doo! The Mystery Begins (2009), Barnyard (2006), The SpongeBob SquarePants Movie (2004), The Wild Thornberrys Movie (2002), Hey Arnold! The Movie (2002), the Oscar®-nominated Jimmy Neutron: Boy Genius (2001), Rugrats in Paris: The Movie (2000), and South Park: Bigger, Longer & Uncut (1999).

Naito is a member of Women in Animation, the Producers Guild of America and the Academy of Motion Picture Arts and Sciences. She received her Bachelor of Fine Arts from Maryland Institute College of Art and her Master of Fine Arts from the California Institute of the Arts. Naito is based in Nickelodeon’s Burbank, Calif. studio. 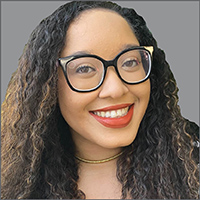 Ariana Romero is the Senior TV Critic at Refinery29. She also hosts two Instagram Live series for Refinery29: Estamos Live, an interview series with Hollywood’s most exciting Latinx femmes, and See or Skip, a streaming recommendation series. Ariana previously worked at television trade magazine Broadcasting & Cable and is a graduate of Syracuse University’s S.I. Newhouse School of Public Communications. After a lifetime in New York, Ariana has relocated to Los Angeles, where she reports on the latest and greatest in TV. She has previously moderated events for New York Comic-Con, the National Hispanic Media Coalition, and The Wing.