A Conversation with Josh Sapan 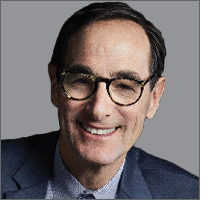 Lauded by Fast Company magazine as one of the “100 Most Creative People in Business,” under Sapan’s leadership AMC Networks has created some of the most popular, acclaimed, and awarded television series and films, including AMC’s “The Walking Dead,” “Fear the Walking Dead,” “The Terror,” “Better Call Saul,” “Breaking Bad,” and “Mad Men;” BBC AMERICA’s “Killing Eve,” “Planet Earth II,” “Planet Earth: Blue Planet II,” and “Orphan Black;”  IFC’s “Brockmire” and “Portlandia;” SundanceTV’s “Rectify,” “The Honorable Woman,” and “Top of the Lake;” WE tv’s “Braxton Family Values;” and IFC Films’ “Boyhood” and “Death of Stalin.”  Vanity Fair has recognized him in its New Establishment Issue and as one of the “Impresarios of Cable’s Golden Age.”

Inducted into the Cable Center Hall of Fame, the Broadcasting & Cable Hall of Fame, and the Cable TV Pioneers, Sapan has been recognized with a wide range of honors including NATPE’s Brandon Tartikoff Legacy Award, the Paley Prize for Innovation and Excellence, and, for his contributions to the advancement and protection of free speech, The Media Institute’s Freedom of Speech Award. Sapan has received an unprecedented three Vanguard Awards from the National Cable & Telecommunications Association’s (NCTA), for Programmers, Marketing, and the Distinguished Vanguard Award for Leadership.

Sapan serves on numerous boards, including the American Film Institute, the Academy of Motion Picture Arts and Sciences Executive Committee, The Paley Center for Media, The Cable Center, the Museum of the Moving Image, People for the American Way and WNYC Radio. 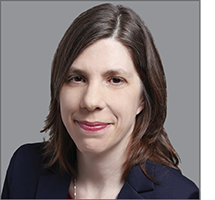 Cynthia Littleton is Managing Editor, TV at Variety. She has covered the television beat for the past 25 years. She began her career at United Press International, followed by stints at Broadcasting & Cable magazine, Variety, and The Hollywood Reporter, where she rose to Editor before rejoining Variety in 2007.

Littleton is the author of "TV on Strike: Why Hollywood Went to War Over the Internet" (Syracuse University Press, 2013), the definitive account of the 2007-2008 Writers Guild of America strike and the impact of the disruptive digital advancements that fueled the labor strife. She is the co-author with Susanne Daniels of "Season Finale: The Unexpected Rise and Fall of the WB Network and UPN" (HarperCollins, 2007). She also edited the essay collection "What I Told My Daughter: Lessons From Leaders on Raising the Next Generation of Empowered Women" with Nina Tassler (Simon & Schuster, 2016).

Media Council Members can livestream this event at 8:00 am ET on Thursday, November 8.