In a multi-platform universe, sports programming offers seemingly limitless opportunities for advertisers. As time shifting viewing habits increase, sports events continue to deliver massive live audiences and top-tier athletes have an undeniable influence on the purchasing habits of their fans. Networks and advertisers are finding new and unique ways to harness that unprecedented level of engagement. Our guests will discuss the powerful factors driving the evolving relationship between the worlds of sports and advertising.

Joe Marchese is president of Advanced Advertising Products at Fox Networks Group (FNG), where he leads operations in nonlinear advertising products and services for 21st Century Fox's global portfolio of channels. Marchese was appointed to his current position after the company he founded, true[X], was acquired by 21st Century Fox in 2015. The leader in engagement advertising technologies, true[X] is now a part of the Advanced Advertising Products division that Marchese oversees.

Marchese is also the founder and chairman of the reservation and payment app Reserve and the NYC–based tech studio Human Ventures, and currently serves on the board of trustees of the Paley Center for Media and the board of directors of the Tribeca Film Institute.

Recently tapped as a 2016 Media Maven by Advertising Age and listed at #38 on Variety's Gotham 60, Marchese is considered by many as a leading entrepreneur and one of the more progressive, provocative thought leaders helping to shape the future of advertising and media. 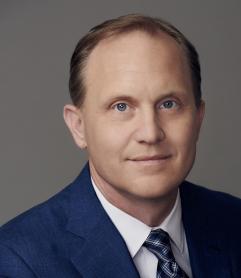 Eric Shanks is President, Chief Operating Officer and Executive Producer of FOX Sports. Shanks oversees all entities within FOX Sports, including FS1, FS2, the FOX Sports Regional Networks, FOX Deportes and all digital ventures. Shanks and FOX Networks Group President & COO Randy Freer were the driving force behind the historic and successful launch of FS1 and FS2 on Aug. 17, 2013.

Initially joining FOX Sports in 1994 as a broadcast associate, Shanks’ appointment is the very definition of the American corporate success story. A multiple Sports Emmy Award-winner and member of the “Sports Business Journal’s” prestigious “40 Under 40” Hall of Fame, he was also recently honored as “Multichannel News’” 2015 Sports Executive of the Year and “Broadcasting & Cable’s” 2016 TV Sports Executive of the Year.

Shanks served as Executive Vice President for entertainment for DIRECTV from 2004-10, overseeing business activities related to the development of DIRECTV’s original entertainment, advanced products and advertising sales. In addition, he also was responsible for the DIRECTV Sports Networks business unit comprised of regional sports networks in Seattle, Denver and Pittsburgh. In that role, Shanks developed innovative content and services that were compelling and distinct. His advances include the launch of DIRECTV on DEMAND; The 101 Network; DIRECTV’s exclusive NASCAR package; the creation of the “NFL RedZone” feature to DIRECTV’s exclusive NFL Sunday Ticket package and its 3D programming initiative; and development of the partnership between DIRECTV and Augusta National for multiscreen coverage of The Masters.

In 2006, Shanks formed DIRECTV’s first in-house advertising sales team. He originally joined DIRECTV in 2004 from FOX as Senior Vice President of Advanced Services and Content, responsible for business activities related to the development of DIRECTV receivers and advanced services such as digital video recording, interactive television and high-definition television.

Prior to joining DIRECTV, Shanks served as a producer at FOX Sports and as Vice President of Enhanced Programming for FOX Television Networks. Shanks also served as Executive Producer of Sky Sports 1 & 2, where he launched Sky TV’s soccer coverage in Italy. His accomplishments there include producing NFL Europe coverage and FSN’s THE BEST DAMN SPORTS SHOW PERIOD, in addition to launching Sky Sports 1 and 2 for the Sky Italia platform in Italy.

Shanks first joined FOX Sports for the network’s inaugural NFL season in 1994. He also served on production crews for FOX Sports’ coverage of the NHL and MLB. Shanks helped develop the FOXTrax “glowing puck” and yellow first-down line that is a staple of today’s televised football coverage. He began his sports television career as a broadcast associate at CBS Sports in 1993.

A native of Brazil, Ind., Shanks lives in Los Angeles with his wife Brenda, daughter Maisie, and sons Jack and David.

Media Council Members can livestream this event at 7:00 pm PST on Monday, September 18.