An organization is founded by William S. Paley to collect, preserve, and interpret television and radio programming and to make these programs available to the public. Mr. Paley serves as its first chairman.

The Museum of Broadcasting opens to the public on three floors of a converted office building at 1 East 53 Street in New York City, with 718 publicly available broadcasts in the collection. It is the first public institution to offer this history of broadcasting to the general public.

Frank A. Bennack, Jr. is appointed chairman of the board of trustees.

The Museum's board of trustees renames the institution The Museum of Television & Radio (MTR) to more accurately reflect the addition of programs beyond those broadcast to those transmitted by cable and satellite.

The Museum moves into the William S. Paley Building (located at 25 West 52 Street, New York City), named after its founder and designed by architect Philip Johnson.

MTR hosts the first International Council in Rome, an unprecedented gathering of the world's media leaders.

MTR in Los Angeles opens to the public. Both locations house identical collections of television and radio programming, making the resources and programs available to the public and creative community in both cities. Named the Leonard H. Goldenson Building, the Los Angeles Museum was designed by architect Richard Meier.

MTR is renamed The Paley Center for Media to better reflect the institution's evolution to a center that illuminates the immense and growing impact of media on our lives, culture, and society. William S. Paley was one of the towering figures in the history of both radio and television broadcasting. He created what became CBS, and by the time he died in 1990 at the age of eighty-nine, he had remained at or near its helm for more than sixty years. He pioneered many of the practices that gave first radio and then television network broadcasting their distinctive shape and extraordinary reach. But what particularly sets him apart from the other giants of early broadcasting is that he knew, from the beginning, that the key to CBS's success would be the quality of its programming; his great passion was for what went over the air. Longtime CBS president Frank Stanton later said of him that he "was a brilliant entrepreneur, an inspiring leader—but above all a showman. Programming was his life and his genius."

Bill Paley himself once commented that the "word 'programming' has a sort of cold, mechanical sound. But it gets down to a certain gut instinct about what people will respond to, a kind of mystical connection between the broadcaster and his audience." He prided himself on his own gut instinct, and he used it to the fullest. But his genius lay in the way he combined his keen eye and ear for popular taste with an impeccable sense of quality and style. In his own life, he was ever the perfectionist, whether precisely aligning the pencils on his desk, adorning his walls with the finest works of modern art, or, as this institution's founder and chairman, minutely critiquing every detail of successive designs for the New York building. He demanded the best. But in programming, he never equated the "best" with highbrow. If the public wanted comedies, he insisted that his be the funniest. If they wanted adventure or drama, his had to be the most gripping, the most compelling—while also commanding an audience.

Every season he sought something that had never been done before that would push outward the frontiers of broadcasting. That brought such classics as Studio One, Playhouse 90, The Defenders, 60 Minutes, The Waltons, M*A*S*H, Dallas, and many more to the air. His eye for talent led him to lure to CBS the likes of Jack Benny, Red Skelton, and George Burns and Gracie Allen; among the unknowns he discovered were the Mills Brothers, Bing Crosby, and Frank Sinatra. Under his leadership, the CBS television network topped the ratings for twenty consecutive years.

Before the age of television, the young Bill Paley was a defining shaper of the early age of radio. His fascination with the medium began in the 1920s, when he often sat for hours entranced by a primitive crystal set as it magically brought in music from distant cities. Others dismissed radio as a novelty without a future; he quickly grasped its potential and, in 1928, at the age of twenty-six, he bought a struggling group of small radio stations called United Independent Broadcasters. He built those into the Columbia Broadcasting System, and ultimately into the powerhouse the world came to know as CBS.

Always fiercely committed to the network's news operation, he was a driving force behind the development of broadcast news. Newspaper publishers' worries about competition from radio led them, in 1933, to bar the wire services from serving broadcasters. Paley's response was to create CBS News, which he built into one of the world's preeminent news organizations. From the beginning he insisted on maintaining CBS News's integrity by keeping it a distinct entity, separate from the company's other operations. By World War II, Edward R. Murrow, Eric Sevareid, Howard K. Smith, and others of the CBS News team were bringing the war, by radio, into American living rooms with an immediacy and impact never before known.

Bill Paley had an enormous zest for life, and he lived it to the fullest. But it was his impact on both radio and television programming that left his mark so indelibly on the world we live in. When he died, Broadcasting magazine summed up his place in the pantheon of the airwaves this way: "Paley became to American broadcasting what Carnegie was to steel, Ford to automobiles, Luce to publishing, and Ruth to baseball."

A timeline of the brand history of the institution, beginning with the original logotype designed by Lou Dorfsman, legendary direction of design at CBS under William S. Paley. 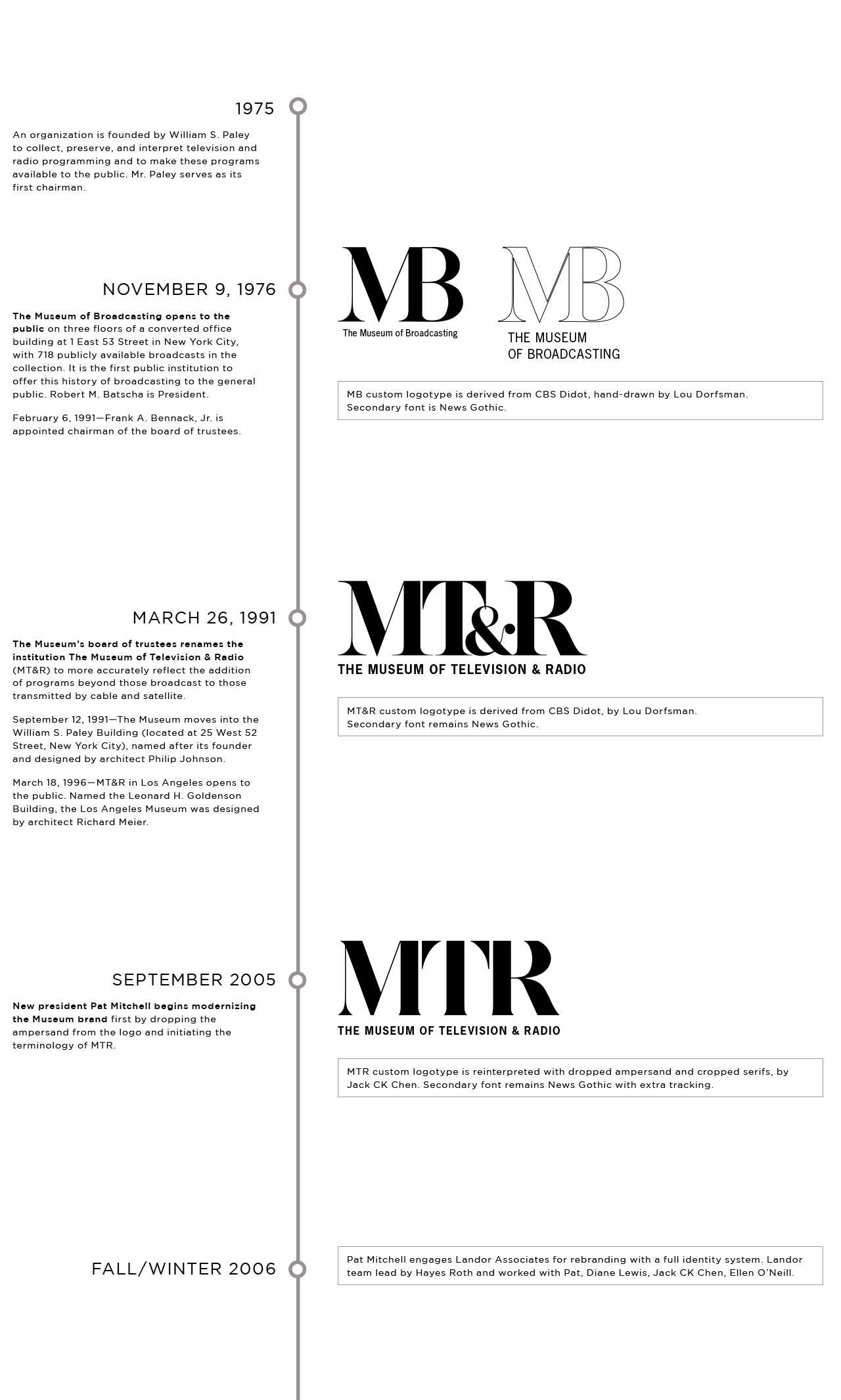 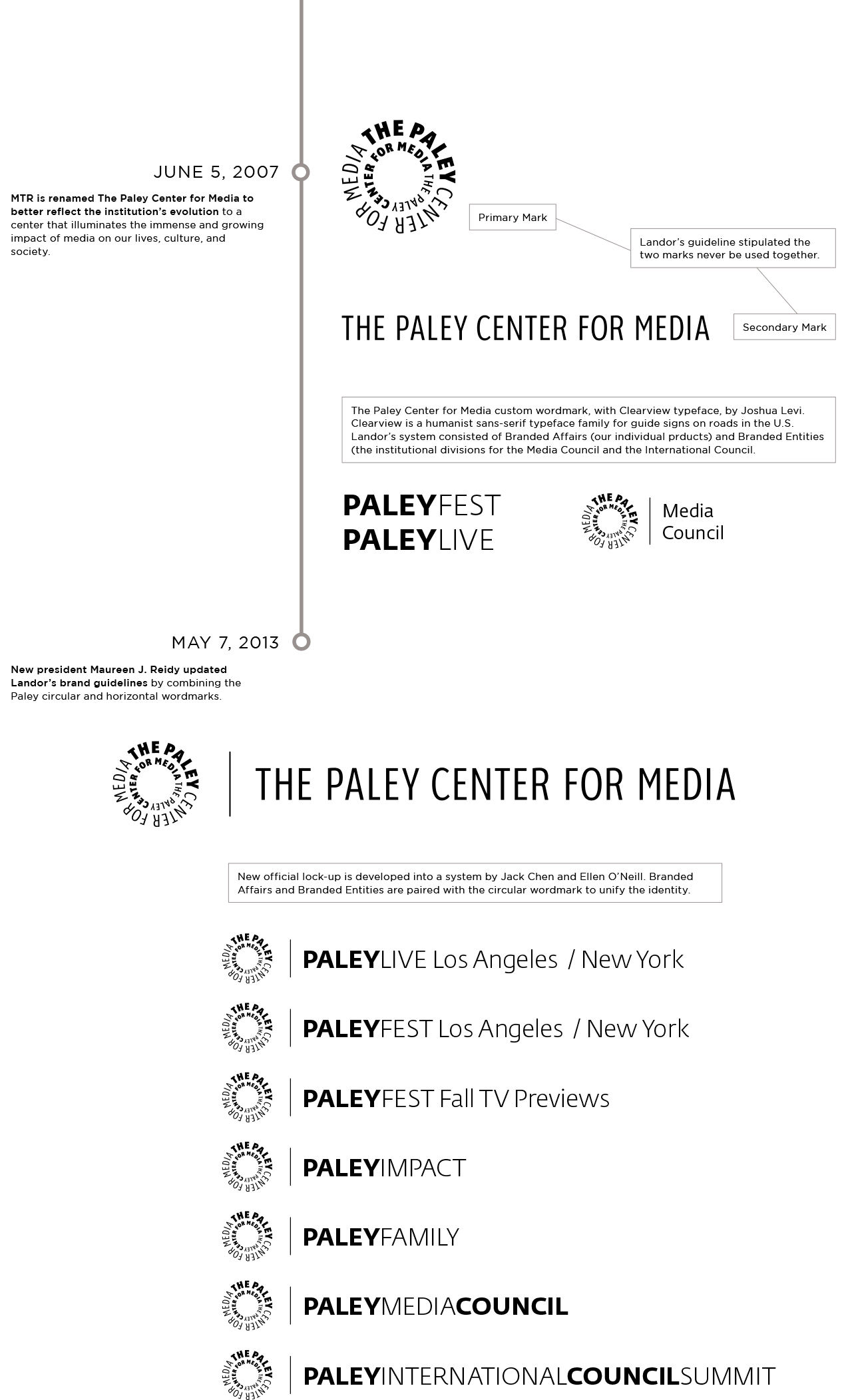 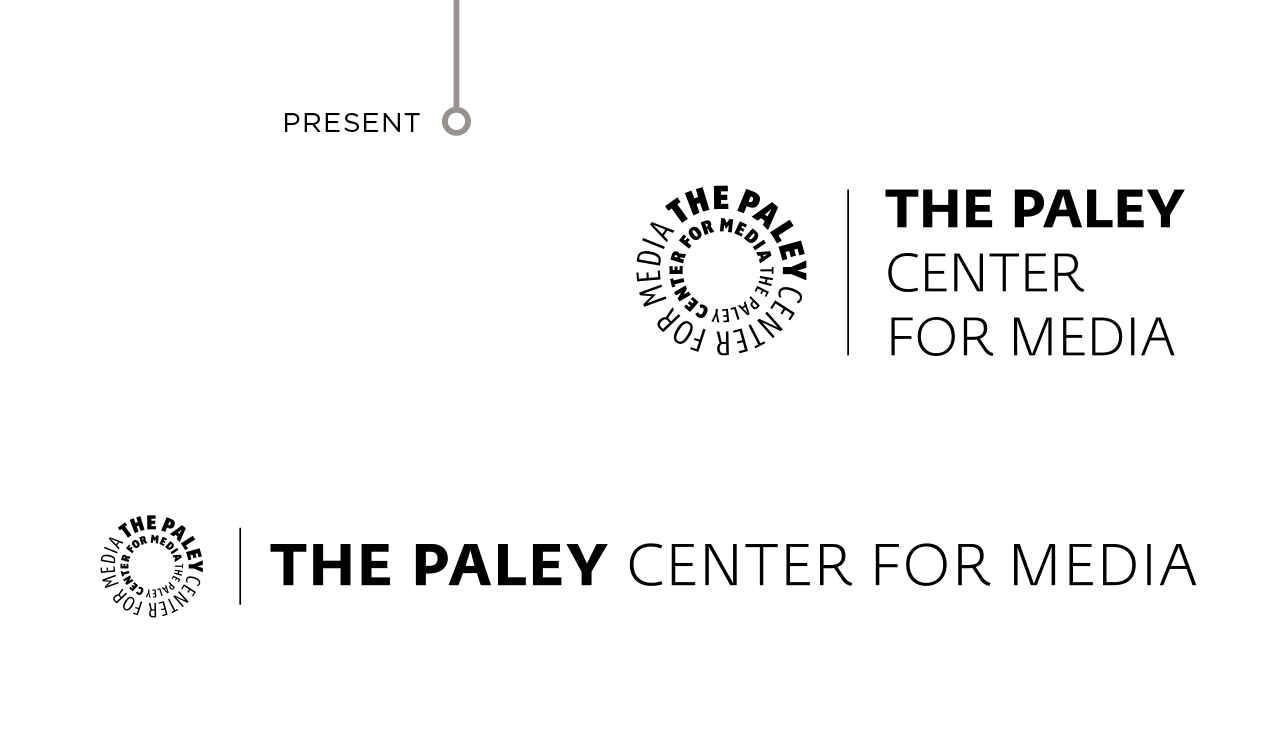